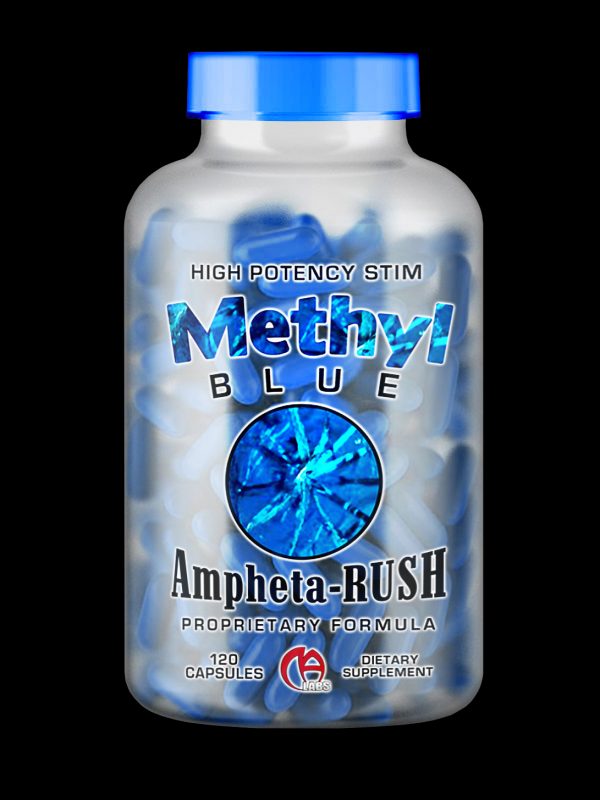 The Industry’s Most Powerful Super-Stimulant

In short, Methyl-BLUE is a pure, extremely potent super-stimulant on par with many of the industry’s past greats.  At its core, it is comprised of several amphetamine-like compounds at dosages never before witnessed in a legal product, with some of them being dosed a full 10X higher than competing brands.  However, dosages alone don’t tell the full story.  The truth is that Methyl-BLUE will be substantially more powerful than what the numbers indicate, due to something called MAO inhibition.

Understanding what MAO is and what it does in the body is critical to understanding why Methyl-BLUE is so effective.  MAO, otherwise known monoamine oxidase, is a family of enzymes that catalyze the oxidation (i.e. inactivation) of monoamines, such as epinephrine, dopamine, etc.  Why is this relevant?  Because virtually all of the amphetamine-based compounds on the market today work by increasing the concentration of these monoamines (also known as neurotransmitters) within the brain, thereby leading to increased energy, improved mood and enhanced focus.

Logic therefore dictates that the key to getting the most out of these amphetamine-like compounds is to limit the rate at which MAO breaks down their associated monoamines.  Not only does this increase their duration of action, but it also increases their potency by boosting concentrations within the bloodstream!  Fortunately, scientists have already located and isolated a class of substances which do just that!  These are known as MAO inhibitors.

While MAO inhibitors are essential for taking full advantage of these ingredients, including just any MAO inhibitor is not the answer.  In making a selection, one most consider not only their oral bioavailability, but also the type of monoamine that each MAO Inhibitor targets.  In general, monoamines are deactivated by two basic classes of MAO’s.  These are MAO-A and MAO-B.  MAO-A is more comprehensive, in that in targets the breakdown of epinephrine, norepinephrine, serotonin and dopamine, while MAO-B primarily targets dopamine.

Properly balancing the inhibition of these two classes of classes of MAO’s is crucial to achieving the best overall effect, as inhibiting them in less than desirable ratios will result in certain effects overpowering others.  For example, epinephrine & norepinephrine (e.g. adrenalin & noradrenalin) are responsible for the surge in energy and alertness we feel when we take a stimulant, while dopamine is responsible for improvements in mood, euphoria, etc.  Too much or too little of each will result in a poorly formulated product that provides either too much energy with an inadequate feel-good effect, or a pronounced feel-good effect with inadequate energy.

Unfortunately, the large majority of today’s products are comprised primarily of MAO-A inhibitors, if they utilize any MAOI’s at all.  Methyl-BLUE overcomes this obstacle by including not only a very large dose of a highly effective MAO-A inhibitor, but by also including an MAO-B inhibitor with GREATER potency than the prescription-only, pro-dopaminergic drug, Selegiline!

Methyl-BLUE’s proprietary stimulant formula, called “Ampheta-RUSH”, provides the most euphoric, amphetamine-like experience on the market today!  Why do we use a proprietary formula, you might ask?  Because, unlike the vast majority of “prop blends” currently in use, which are employed for no other purpose than to hide pitiful dosages of a product’s most effective an expensive ingredients, we actually have a formula we want to protect!  While the ingredients themselves are fully disclosed, it is the dosages and ratios of certain ingredients that make Methyl-BLUE special.  We think you’ll agree after your very first dose!   —Mike Arnold